California is unassumingly beautiful. And Point Lobos Natural Reserve, which is just 1.5 hours from Bay Area, is a testament to that. It is simply a 'gem of a place' and I can't think of a better way to put it. We have been to several beautiful hikes such as this in the past 3+ years I have lived in the Bay Area, but this one still managed to blow me away.

The Reserve has several trails, each about a mile long, and we would suggest not to miss any of them. While some trails will take you through cypress groves and wildflowers, the rest of them hug the coastline dotted with beautiful beaches, cliffs and spectacular ocean views. The place comes alive with the sounds of the crashing waves and cooing of the colorful birds. Spotting the camouflaged harbor seals resting on rocks and the anticipation of whale sightings in the wide ocean adds in a layer of excitement that makes this hike exhilarating, bringing you a few steps closer to the Nature. 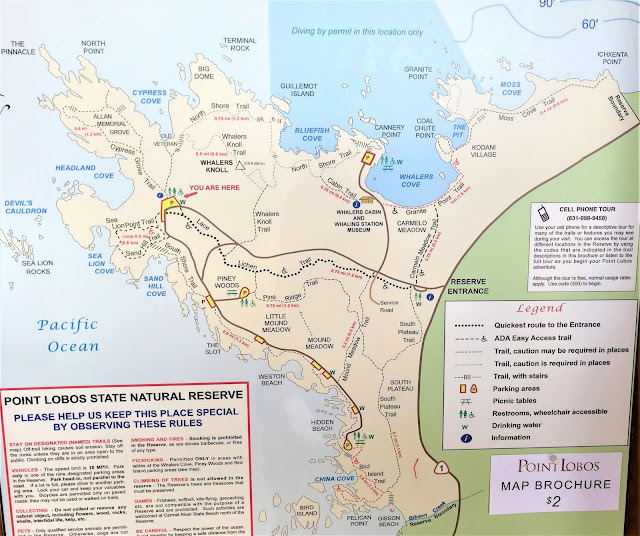 We began our hike with the familiar Cypress Grove trail (we have done this before in our PCH road trip) which takes you through a forest that is surrounded by ocean views where sea lions and sea otters can be seen on nearby rocks. Here are some views along the trail. 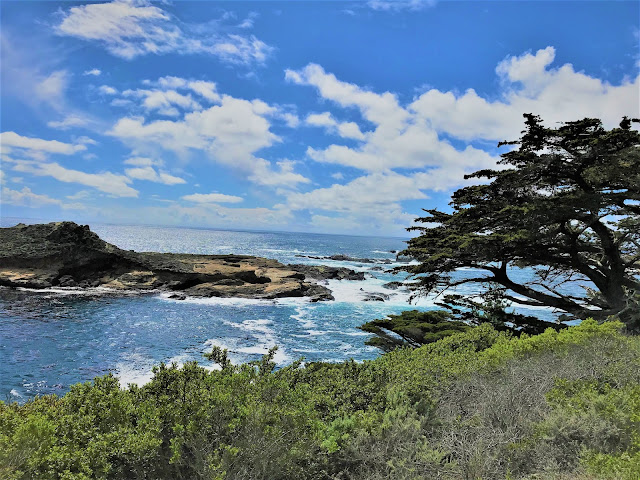 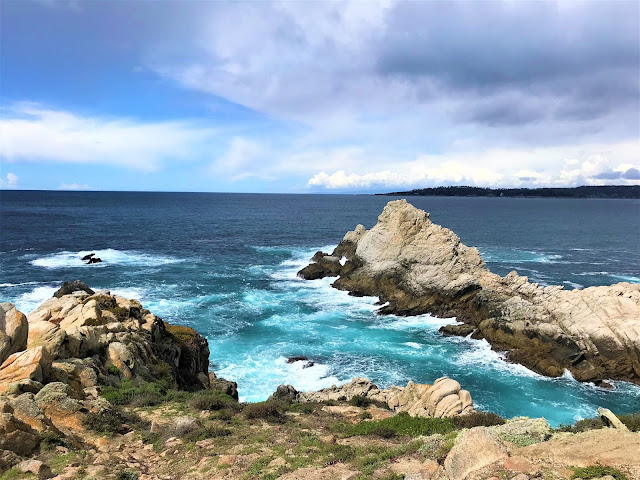 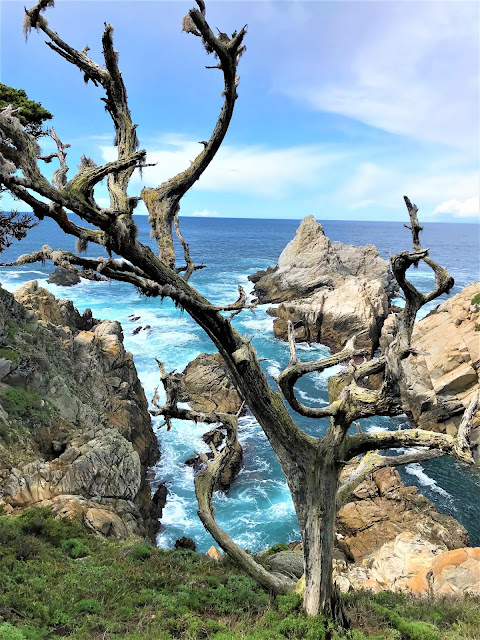 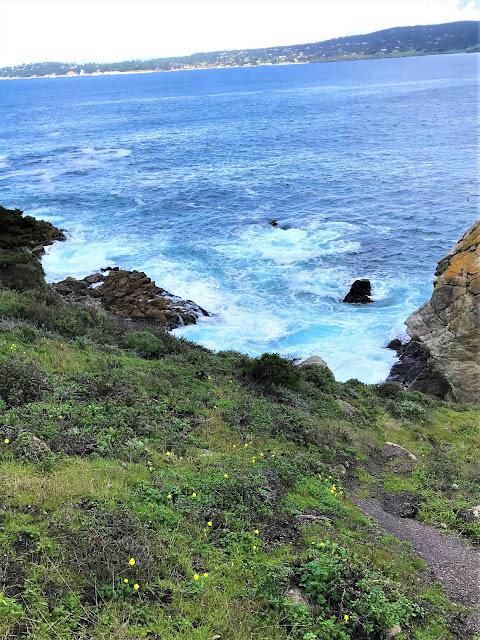 We then took the North Shore Trail which led to the Cabin Trail and to the Whaler's Cove. We unexpectedly saw 2 cute seals playing in the water along the way. 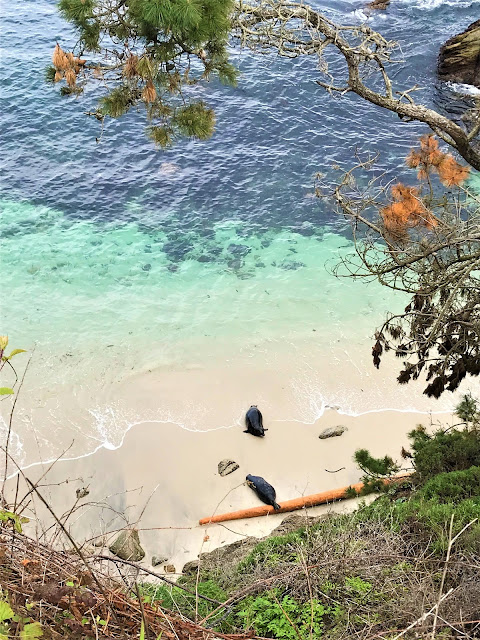 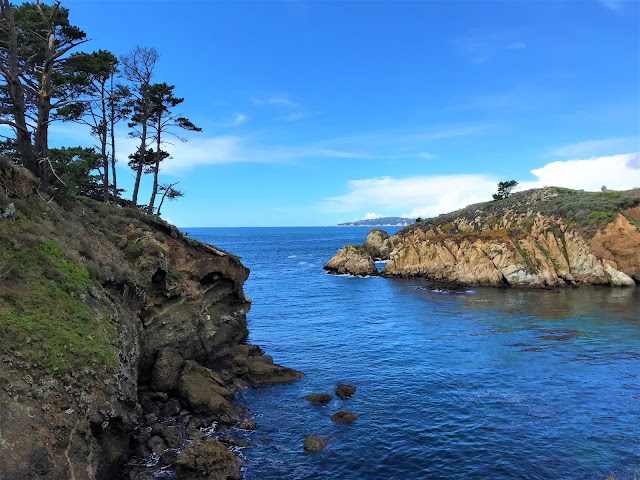 We continued onto Granite Point Trail and then to the Moss Cove Trail. Granite Point Trail stopped us in our tracks with its ocean views and led us to the resting place of several harbor seals camouflaged on the rocks. This section of the Park is calm and peaceful due to the light traffic it receives and also had California poppies all along the way. 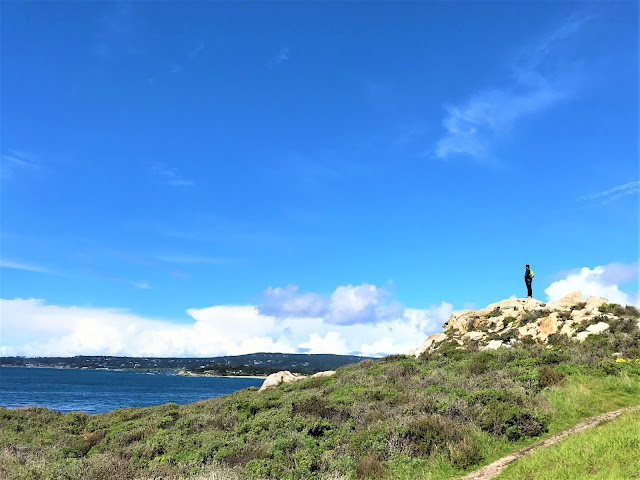 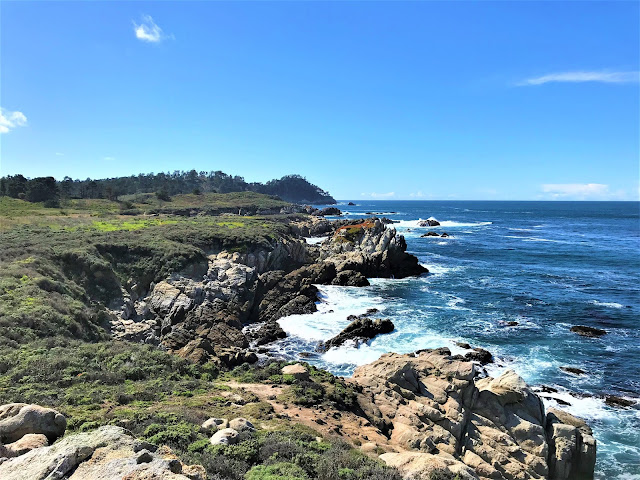 We then retraced our path and took the Camelo Meadow Trail which takes you back to the Park entrance to join the South Plateau Trail. This Trail goes through the forest and ends with a spectacular view of the ocean at Gibson Beach. 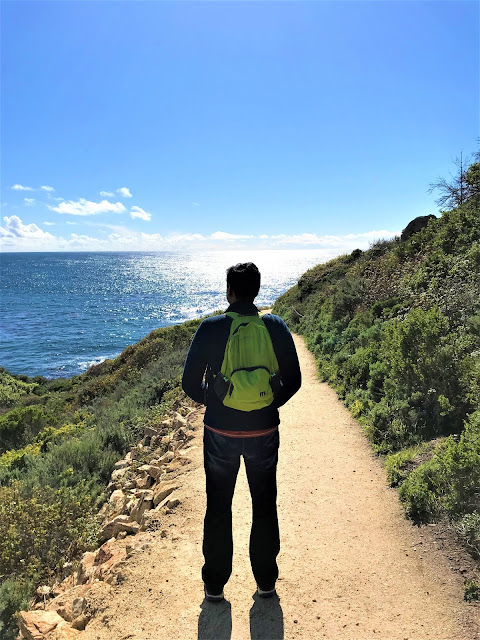 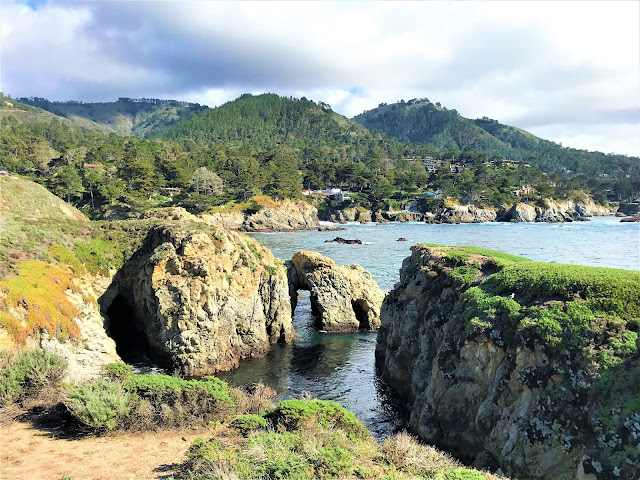 Following the Bird Island was the beautiful China Cove. This section of the Park probably had the most dramatic ocean views. We then continued along South Shore Trail where we thought we spotted some whales along the way (purely based on the water blows we saw at a distance:) and reached our parking lot near the Sea Lion Point.

We hiked a total of 6 miles and spent only 3 hours in the Reserve but it gave me immense joy, not to mention the beautiful drive to and from the Park where the highway had bright yellow flowers and green rolling hills on either side for the most part. We had delightful sunshine during the hike and a drizzle during the drive which was just perfect. It is days like these that make me forget the crowded roads and ridiculous rents and fall madly in love with this place once again. Few places can boast this kind of beauty 1.5 hours away from the city!