Whenever my husband is in town, it is a cause for celebration for us. Today, it just happened to be Valentine's Day, and we decided to celebrate it the way we like to celebrate our time together - a day in the lap of Mother Nature. If you are in Bay Area and your better half loves outdoors, here's a romantic walk that I would highly recommend for your next Valentine's Day. If you are anything like me, make it a top priority for your March weekend, as there is no better time to step outdoors than spring to witness the Mother Nature in all her glory. Wild flowers in their bright and beautiful colors bring such smiles and joy that few things can match. For now, come along with me for a walk along the coast for dramatic views of the sea, sun and the sand in the Wilder Ranch State Park in Santa Cruz, a mere 40 mile drive from Bay Area.

This is just the beginning and I can't tell you how many times I squealed with sheer joy at the display of Nature's beauty and how I gave up in the end trying to capture all the magic of the place in a mere phone.

Here are some of the views that lay ahead of you - 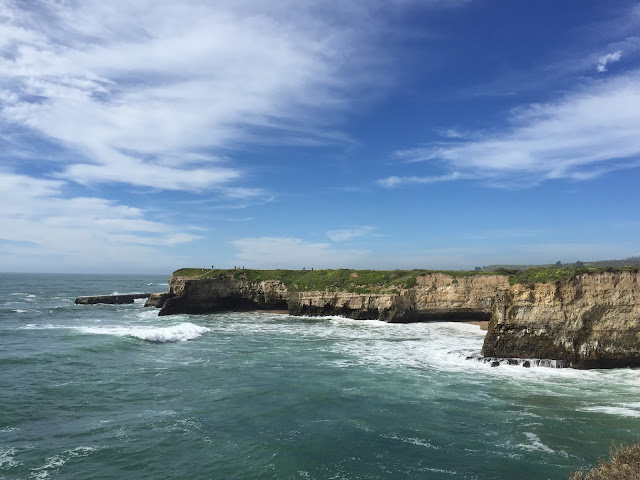 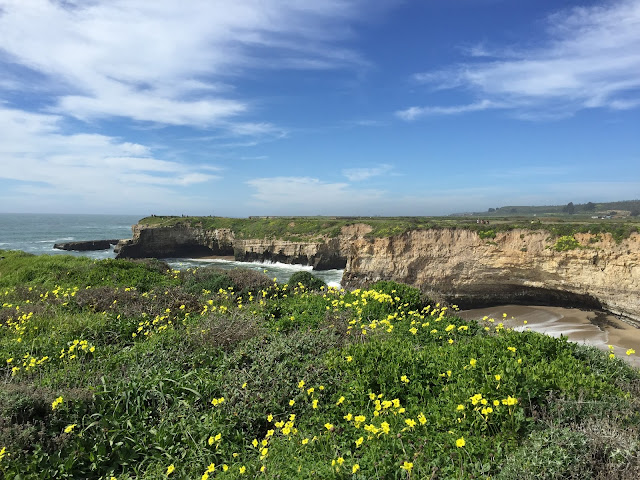 And some horses that grace the Trail... 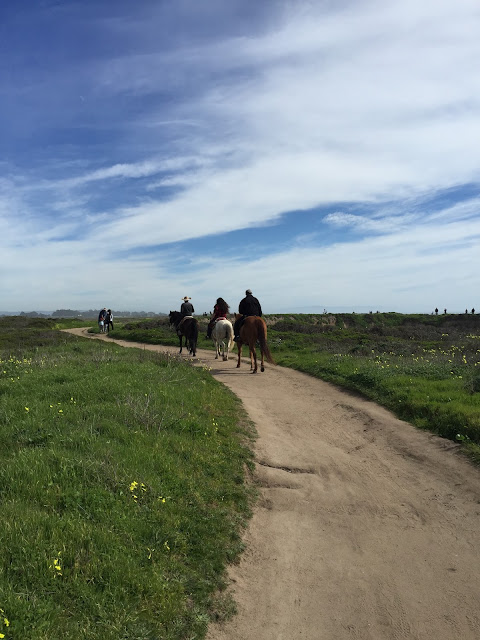 ...and a lot of green pastures 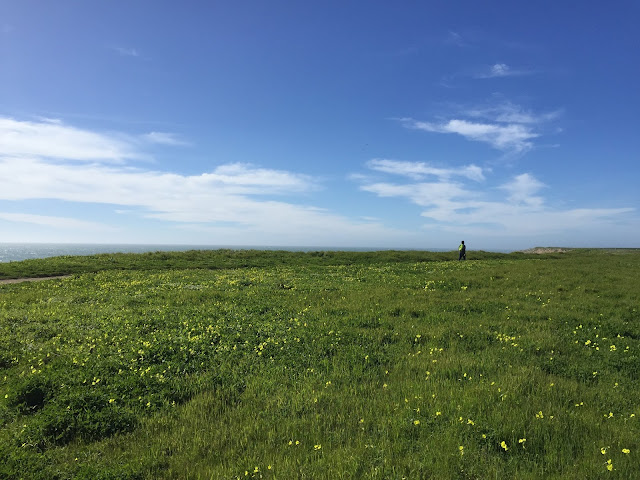 And birds that fly high... 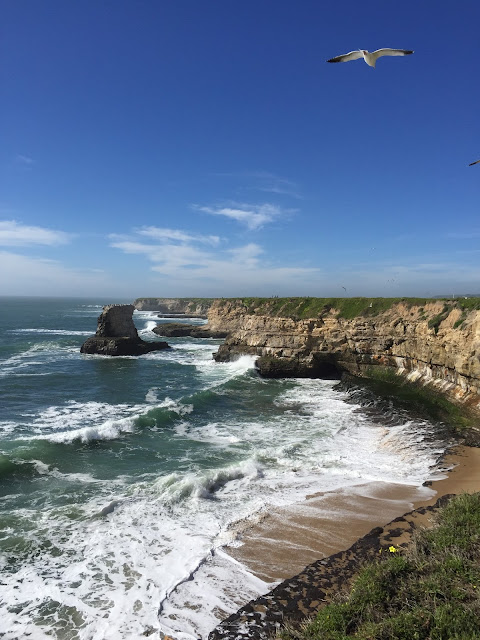 It takes a while to soak it all in... 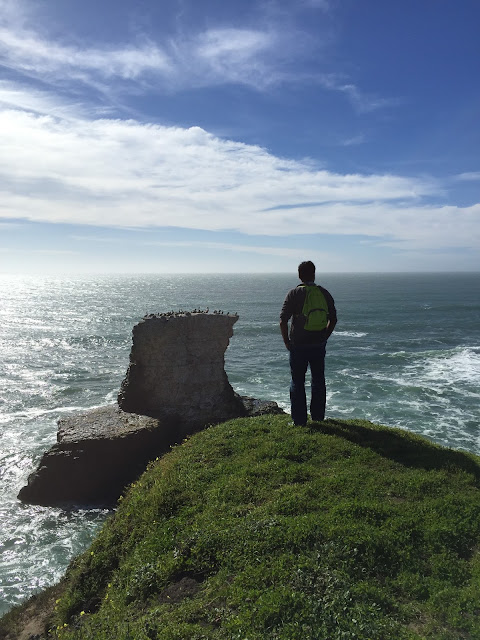 We then decided to take a short break and settled down at the spot below from which I did not want to get up and go. 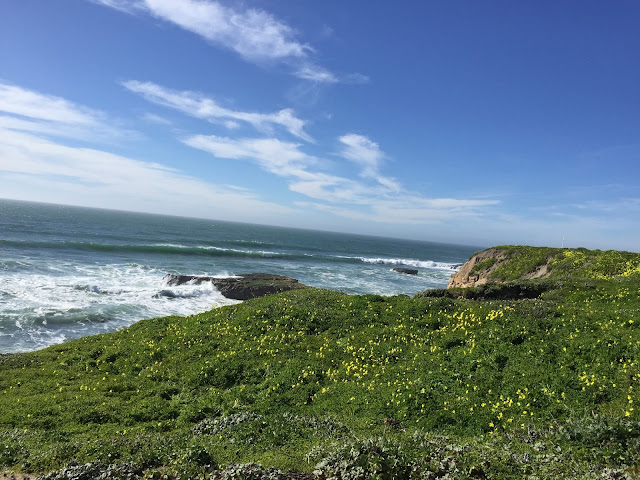 Surprisingly for a California State Park as wildly beautiful as this one, there is very little crowd. The 2.6 mile Old Cove Landing Trail near the main parking lot is a popular loop and you will see some crowd there. But once we got onto the Ohlone Bluff Trail, there were few people, though it seems to be popular with the cyclists.

As the water hits the rocks and flows back into the sea creating these tiny waterfalls, I stood there in amazement for a while. Until it was time to leave. 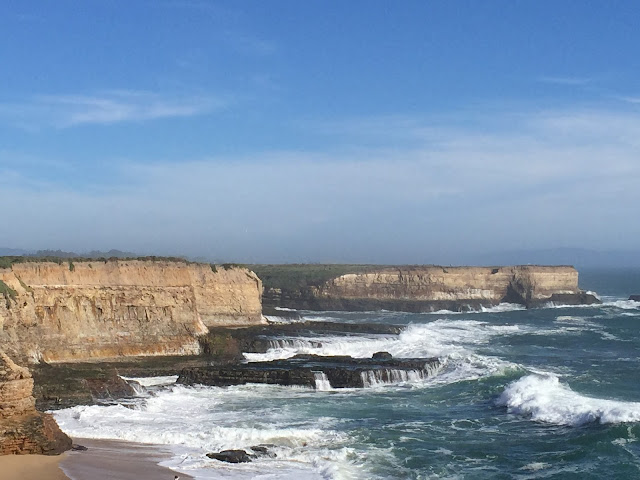 With a sigh, we did leave the place. But we left a part of ourselves there. It was the most refreshing and romantic walk we have done this year so far and it will remain in our hearts forever.

The clock hit 3 as we stepped out of the Park and we decided to grab some lunch. A quick google search led us to West End Tap & Kitchen, a gastropub with a California twist. The ingredients seemed fresh and healthy and the food & beer were pretty tasty. After a happy meal, we drove to the West Cliff area of Santa Cruz to watch the sunset and take in the views.

What a sunset it was, bright and golden! 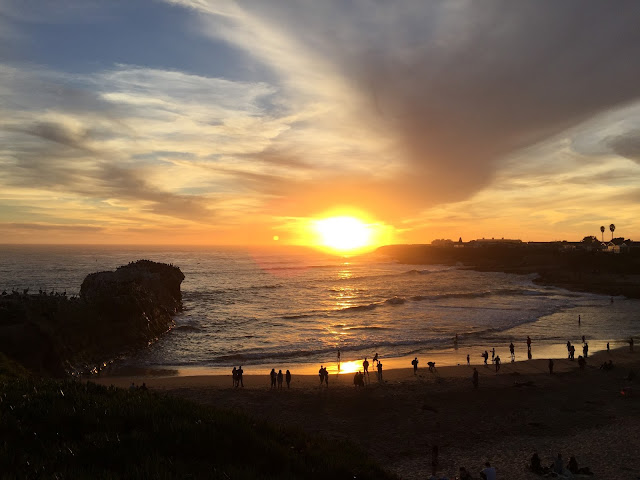 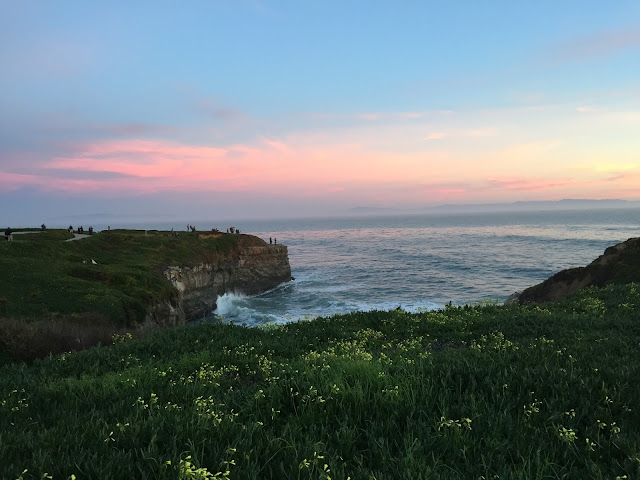 But it was the after-effects which looked like bold strokes that transformed the canvas of sky, that left us mesmerized. 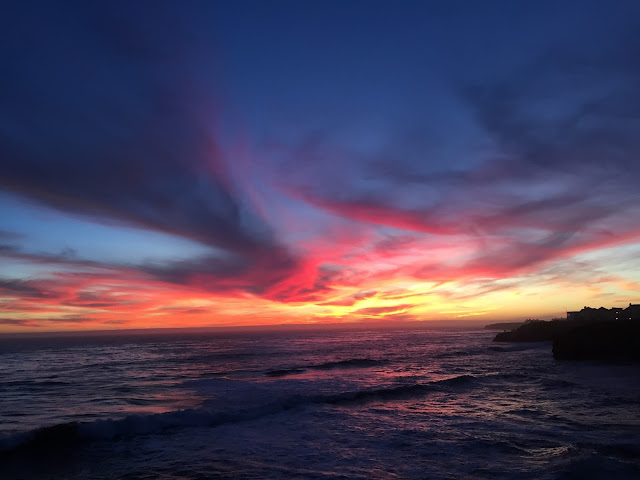 It was a beautiful sunny day in which California delighted us with its sun, sea and what felt like an early spring. Much love to you!
Labels: Beaches California Hiking