Washington DC surprised me in many ways. It was more casual, less grandeur, more touching and less pompous than I imagined. It was both amusing and comforting. The city had more warmth than I expected and less traffic than I anticipated. Some of its monuments were quite touching while some of its museums were less impressive. Some of its buildings and monuments were old while some of them were huge and grand. The city looked as beautiful at night as it was during the day. I enjoyed staring at the White House and surrounding buildings in their dazzling lights at night. I loved that it is so walk-able, that there were no long lines and that most of it is free. Overall, it is a city in the US one must visit and I am glad I did. If I have a chance to visit again, I would do it in spring when the cherry blossoms are in full bloom. 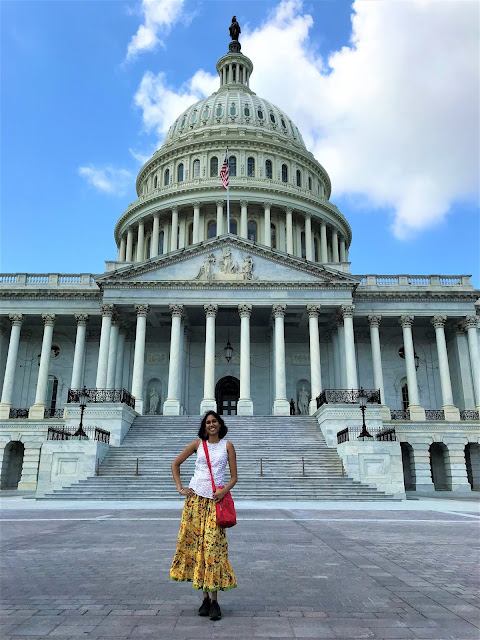 For all the surveillance this country is infamous for, I was surprised by the casual vibe at the U.S. Capitol. I was amused that I could just sit on the steps of what seemed to be 'the most important building in the country' to casually watch people, apply sunscreen, take pictures and stroll around. I also went on a free guided tour of the Capitol (which I reserved in advance online) and admired the fresco paintings, several statues and the dome from inside. 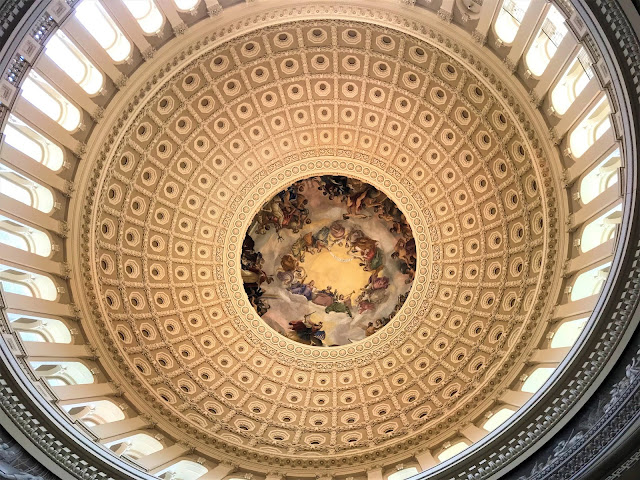 After the Capitol tour, I proceeded to visit the Library of Congress through the pedestrian tunnel that connects both these buildings. It is perhaps the most beautiful building in DC. Books are my favorite things in the world but the art and architecture inside the building is even more impressive. I loved Thomas Jefferson's library and wish to have one like that in my house some day. 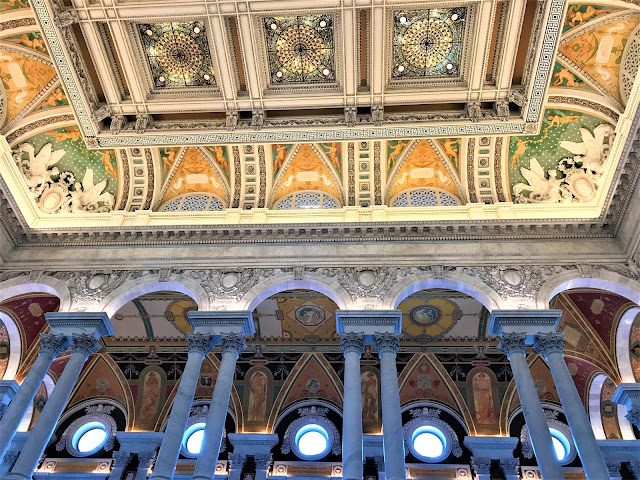 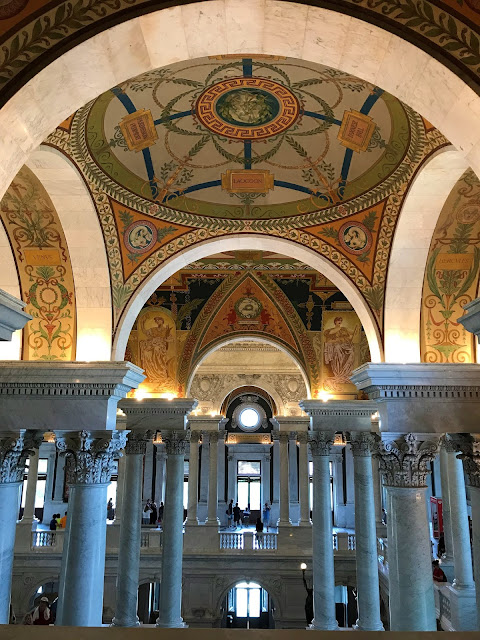 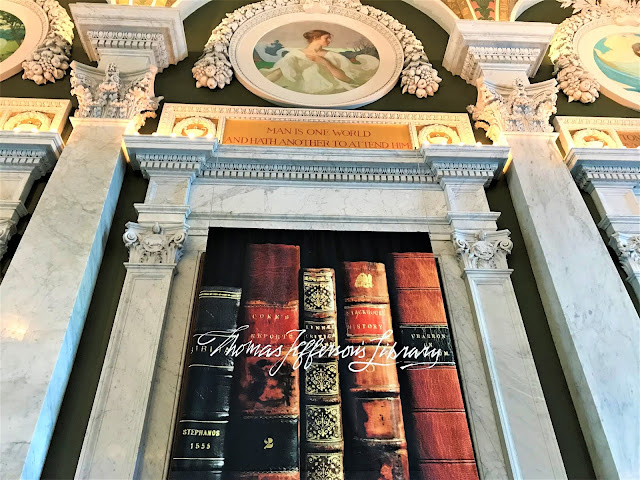 I planned to visit most of the monuments and museums in the city but there is one place I haven't thought about that ended among the top 3 cool things I did. That is, attending a 30-minute courtroom lecture in the Supreme Court. The lady introduced us to the various seating arrangements in the Courtroom, talked about the selection process of the judges, their vacations etc. which I thought was interesting. The other cool things I did were to chill out at the U.S. Capitol and to watch the Jefferson Memorial from the banks of the Potomac River.


I read about the founding fathers and few presidents of the US in several books and am a big fan of Abraham Lincoln since I was a kid. I was happy to visit his Memorial and see his impressive statue. There are a ton of statues in DC, but to me his was the best. I visited several Memorials on that day and I think the most touching memorial amongst the ones I saw was FDR's Memorial. I did not know much about FDR from before, but this quote from his second Inaugural Address said it all: "The test of our progress is not whether we add more to the abundance of those who have much; it is whether we provide enough for those who have too little". Respect.

Another thing that caught me by surprise was how huge the Arlington National Cemetery was. I did not know that it spread across 624 acres when I casually started walking one evening. It is a great reminder that "Freedom is not Free" and it costs more lives than we imagine.  I also visited the Women's Memorial, the JFK Eternal Flame, the tomb of the unknown soldier where I saw the changing of the guard and the impressive Memorial Amphitheater. The Memorial Amphitheater that hosts state funerals and Memorial Day and Veterans Day ceremonies did look quite ceremonial. 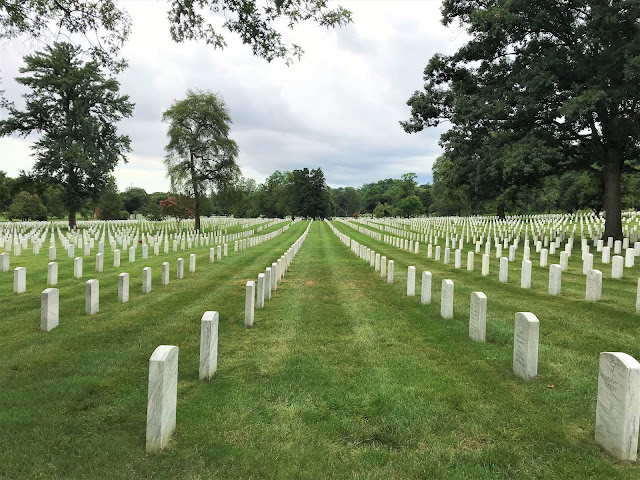 The biggest letdown for me perhaps was visiting the Smithsonian Museum of Natural History. I conjured up images in my mind about a Smithsonian Museum being this huge, grand palace like structure where everyone walks silently in awe of the displays. Instead, I found myself among a huge crowd of people in what seemed more like a mall than a museum. There were so many people talking loudly and walking in different directions that it was hard to pay attention to any of the displays. Needless to say, I got out of there in 10 minutes and felt relief. I then gathered up courage to visit the National Air and Space Museum which turned out to be pretty good.


Here are some of my favorite things in the city:


If you can walk 2-3 miles everyday, you can cover most of these in about 2 - 2.5 days at a leisurely pace. You can also use the Metro to get from one end to the other. Make sure to get a SmarTrip card at the Metro station on day 1 (it costs $10 and comes pre-loaded with $8 which you can refill online as required), so you don't have to buy tickets every time.  And get a printout of the metro map for your reference (there are several lines and it could get confusing if you are not used to). Here is a map of the National Mall which lists out everything there is to see.

Well, I cannot end this post without a picture of the Washington Monument which you can see from pretty much anywhere in the city :)


Have fun in the Capital city!
Labels: Cities