I had a blast driving a Corvette Stingray from Miami to Key West! Driving along the ocean, while feeling the wind in my hair and listening to my favorite music in my favorite car - a sexy red Corvette Stingray (a convertible sports car) - on a beautiful winter day is one of my favorite things I did in my travels. I reveled in the freedom that solo trips can afford by driving along my favorite stretches of the road multiple times without having to ask anyone, by singing loudly without the fear of bothering anybody, by stopping wherever I wanted to and going as far as I wanted to. My heart was full of love and joy and I let it flow and be unapologetically myself - and that's the beauty of solo trips! 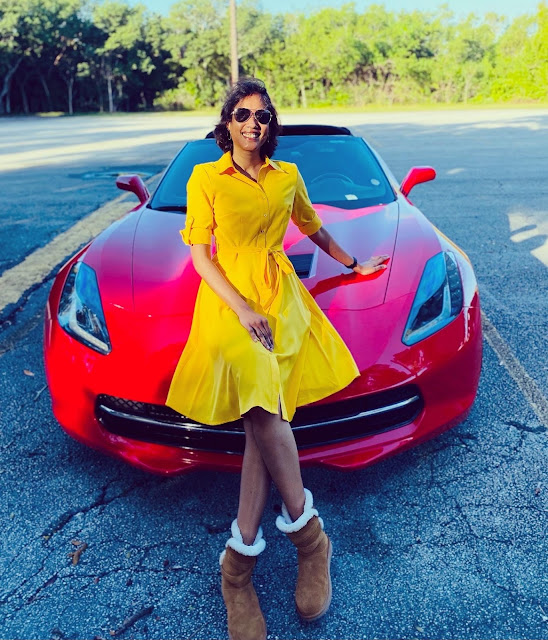 My first visit to Key West was in 2011 during our 1st wedding anniversary cruise to Bahamas. It wasn't a part of our original itinerary but our Captain had to change course mid-way and stop here for a day due to the hurricane. But we ended up loving Key West and the 2 hr jet ski tour we took that beautiful evening on the warm ocean waters was one of my favorite activities we ever did until then. I had been itching to return to this beautiful island since then, but I wanted to drive along the Overseas Highway from Miami to get there. And what better way to do this than in a convertible? 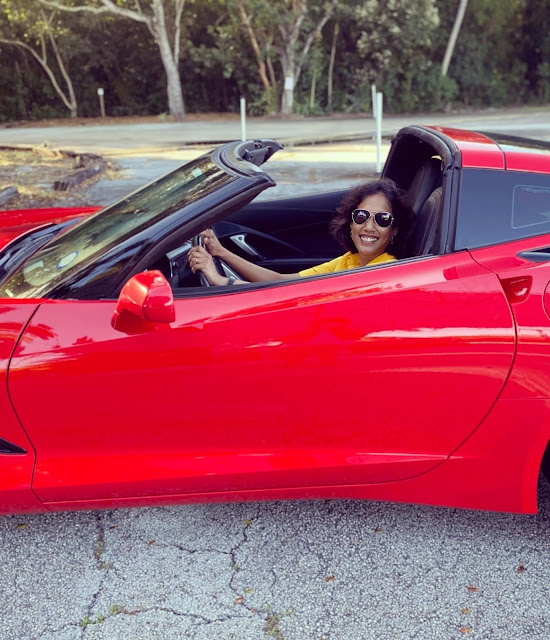 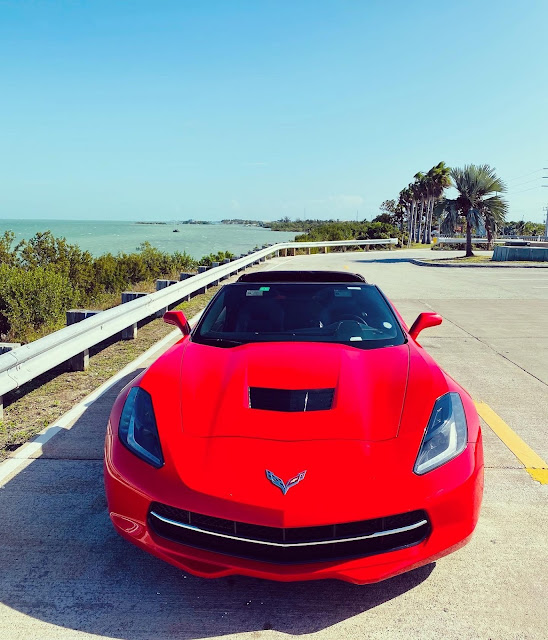 It is about 160 miles from Miami to Key West and the speed limit for most of it is around 45 mph, so it takes about 4 hours to get there. I rented the car for a day from the peer-to-peer rental Turo and began my drive at 7 am from Miami. It was a cool January morning and the traffic wasn't too bad. Soon enough, I was on the Highway 1 or the Overseas Highway which connects Miami to Key West, linking 44 islands via 42 bridges. It was a beautiful drive without doubt but I was surprised to find out that you can't really see the ocean for most of it. The highlight was definitely the Seven Mile Bridge, which is the dividing line between Atlantic Ocean and Gulf of Mexico, with spectacular ocean views on both sides. It was a feast for the eyes and I definitely did a couple of rounds to take it all in :) There were a few other stretches of the road that I really liked where I took an exit and repeated it, just because I could :). It was a Tuesday and there wasn't a ton of traffic which helped. There are several suggested stops along the highway but since it was a day trip, I had to keep them short. I was really tempted to check out the Bahia Honda State Park but it was partly closed, so I skipped and headed straight to Key West. I reached Key West around 1 pm, 6 hours after I left Miami, just in time for lunch. 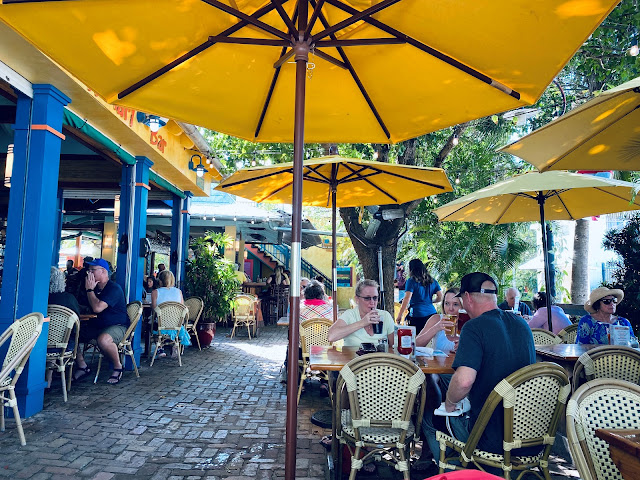 I had lunch at Rams Head Southernmost restaurant, which had an open-air patio seating with live music. After a leisurely lunch, I headed to Fort Zachary Taylor State Park. A short hike later, I headed to the beach area, found a nice picnic table under the shade of the trees and did my favorite thing - to read a book :) It was super relaxing. Books are like my best friends, with the added advantage that I can carry them in a bag everywhere ;) 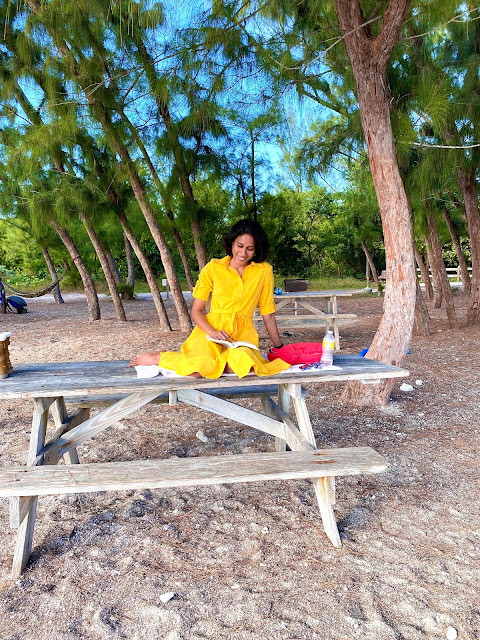 I had booked a parasailing adventure at sunset near the pier (with Sunset Watersports) that evening but it got cancelled due to weather conditions. So, I took a leisurely walk along the buzzing Duval street and reached the happening Mallory Square around 5 pm. 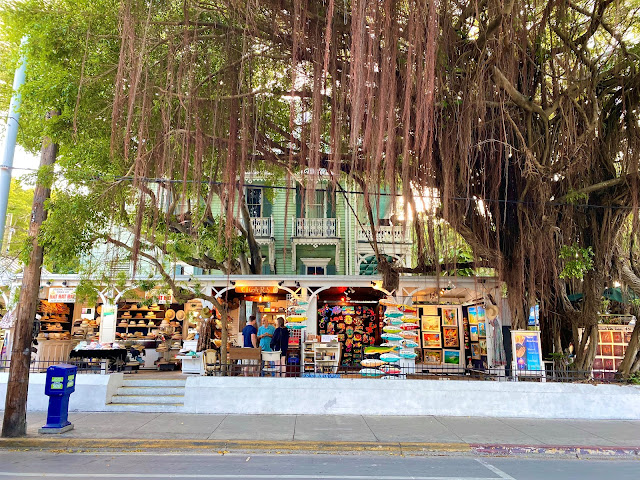 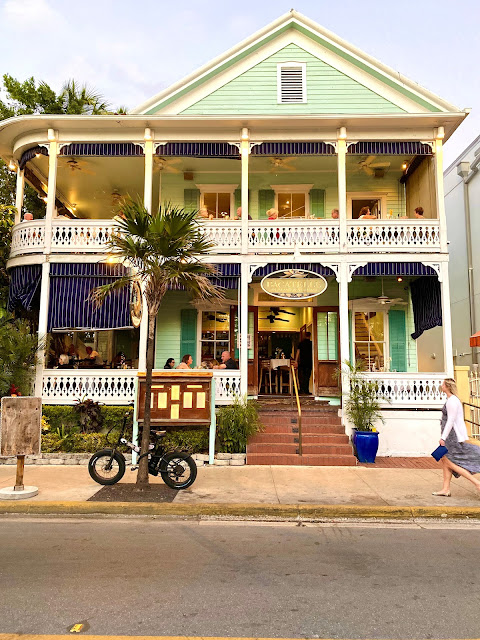 Mallory Square is always lively in the evenings with live music, street performances, shows and vendors. Several people gathered on the pier as it's a very popular place to watch sunset. It was crowded but I found my spot. I spent an hour on the pier watching the synchronous flight of hundreds of seagulls, beautiful orange shades of the sunset, and the lovely blue waters of the ocean. Sunsets, especially near the ocean, are spectacular and this was no less. 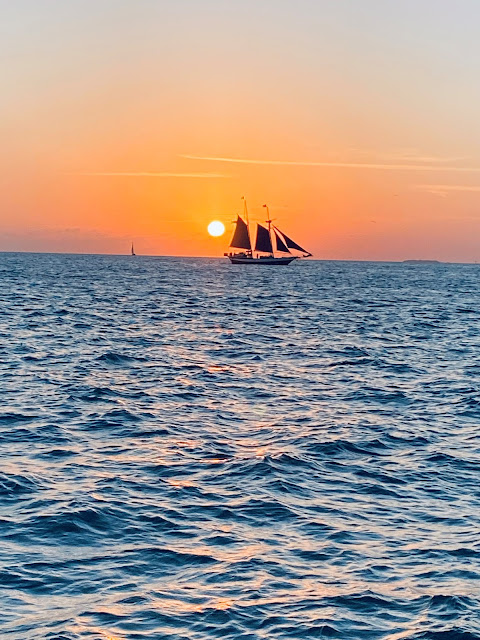 It was past 6 pm and I wanted to start my drive back around 7 pm, so I started to walk back to my parking spot, which was about a mile away. But how can I leave Key West without eating their famous key lime pie? So I headed to "The Original Key Lime Pie Bakery" and fulfilled the ritual. 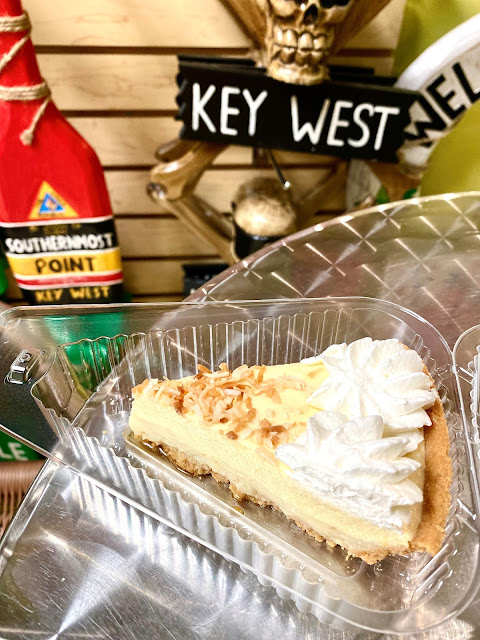 I left Key West at 7 pm as it was getting dark. It started to rain as I exited Highway 1 and entered Miami. It rained hard for the last 30-45 minutes of the trip, but luckily I didn't have to put the convertible top on due to the direction of the rain. I returned the car around 11 pm and headed back to my hotel. It was a long day, but so fun and fulfilling! I would rent this car and do it again in a heartbeat!! 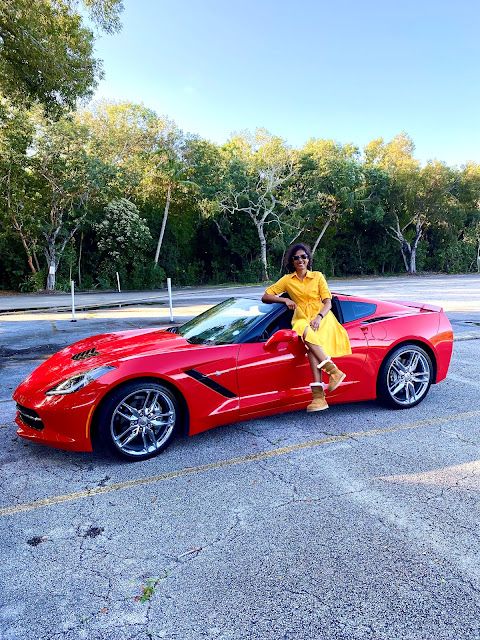