I have mixed feelings about guided tours. We have done adventure tours with guides in Alaska, Hawaii and Canada on glaciers, volcanoes and in oceans - places we would not have been able to explore otherwise and we totally loved them. But I have never done or considered a food & walking tour before. I generally just love to walk around in cities by myself, take in the sights and sounds, explore their coffee shops and boutique stores and taste their cuisine. Walking around with a group of strangers and having to listen to a guide talk for a couple of hours simply never appealed to me. History isn't my favorite subject either. However, when it came to Little Havana in Miami, I just felt like I wanted to know more. It seemed like the place has too many stories packed into a couple of blocks that I would miss without a good narrator and the context they provide. S0 I signed up for the tour through Viator but I wasn't sure if I would really enjoy it. 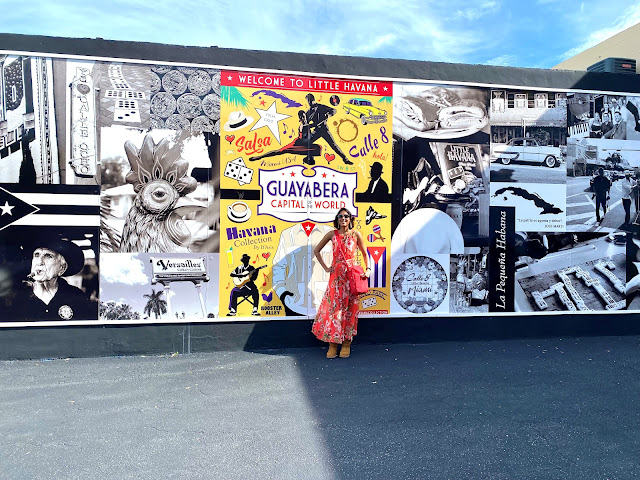 I met the guide and the rest of the tour group at 11:30 am at the Tower Theatre. Our tour guide was a nice lady in her fifties who has been involved in the food scene in the neighborhood for a while. We were a small group of 11 people from different parts of the country - 1 family, 1 couple, 2 sets of girl friends and me. After brief introductions, we kicked off the tour with an unassuming Cuban restaurant called El Pub, which we were told serves authentic country-style Cuban favorites. I am not an expert in Cuban food but they served us the best empanadas and Cuban coffee I ever had. It was a good start for the tour! I even went back for their spinach empanada after the tour, but they ran out of them. 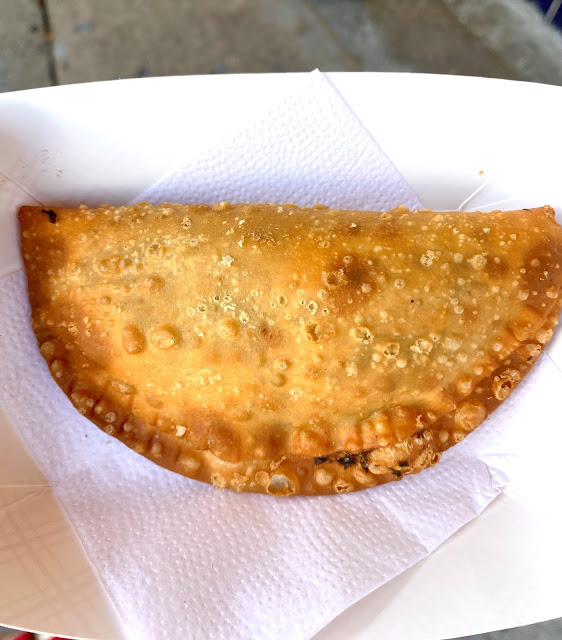 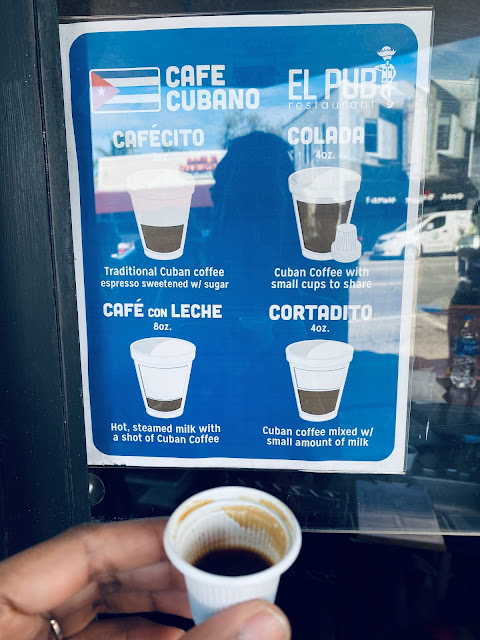 We then visited a cigar making store and saw their craftsmanship at work - preparing the tobacco leaves, filling and rolling the cigars and the finishing touches, all at a great speed. I also bought a few cigars and still waiting to try those :) 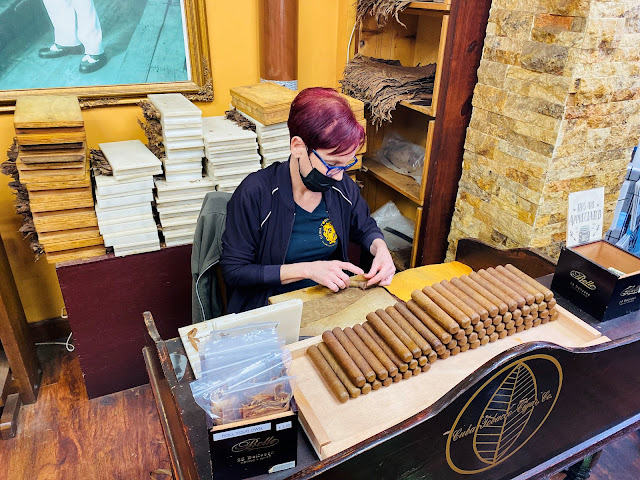 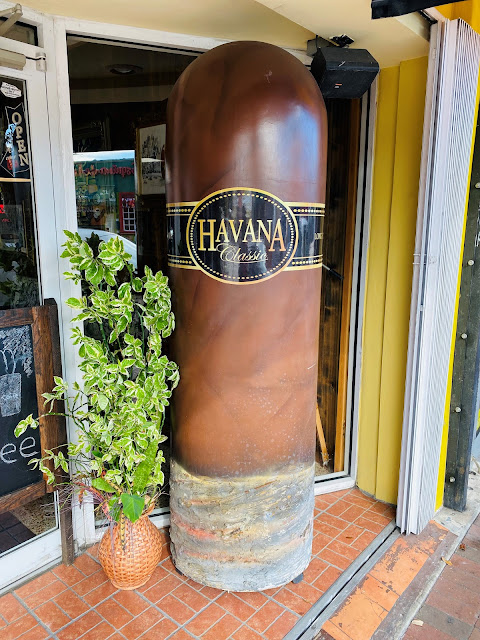 Our guide then showed us the 'Domino Park' - a public park reserved for elders (55+) to play domino and chess. She explained how Dominoes is a national pastime in Cuba and big a role it plays in their social life. I especially loved how a special space was carved out for the elders in the center of a busy area and how buzzing with energy the park was on a weekday! 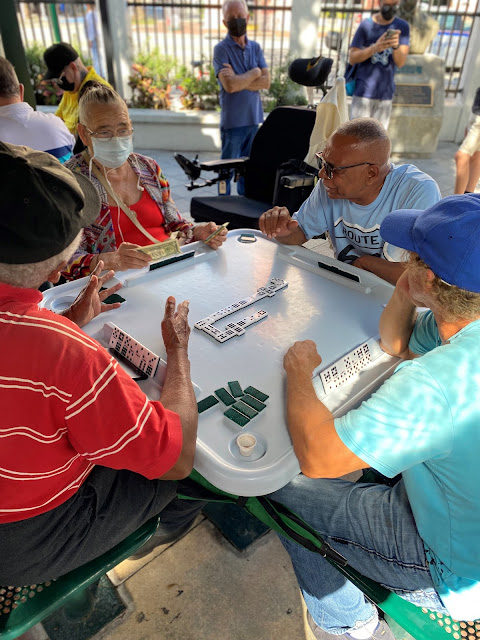 The next stop was at a restaurant that was hidden from the road and I would have definitely missed it, if it wasn't for the tour. This place called 'La Terraza', which our guide said was recently repurposed (during Covid times) to be a restaurant. It seemed like we were entering through a backdoor but it had such a beautiful outdoor seating and a relaxing vibe, that I loved it as soon as we stepped in. As our group sat outside under the beautiful sunshine on the patio, lovely Latino music flowed by, and I wished that time would freeze right then and there. Little Havana and Miami were slowly capturing my heart :) 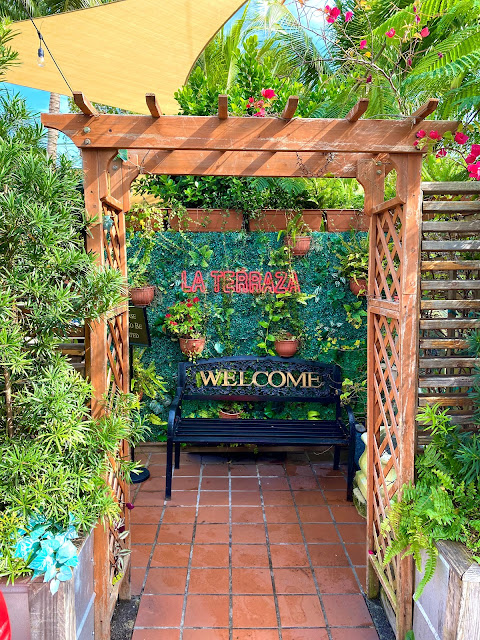 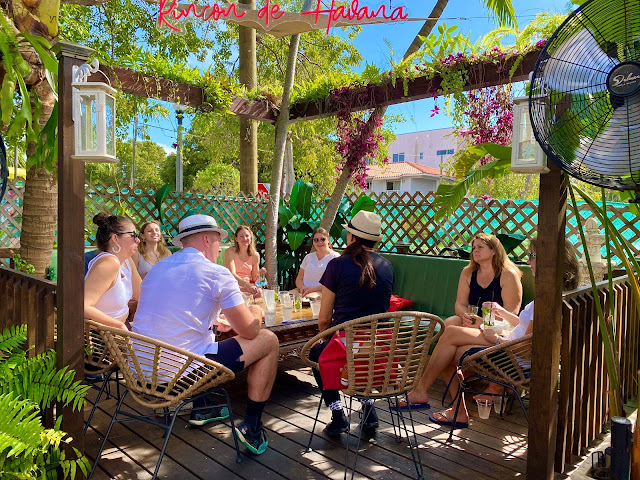 After lunch, we were treated with fresh sugarcane juice in a large fruit store operated by the locals. Then, our guide told us about the story behind popular Cuban shirts called 'Guyaberas'. She also explained how 'Azucar', which means sugar, became a war cry. We then tasted churros and explored the street art. I could unmistakably see the cultural contribution this community made to the city and how much charm that added to it. 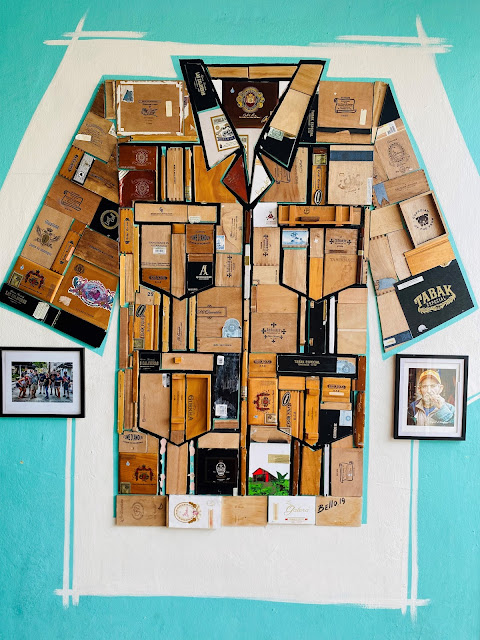 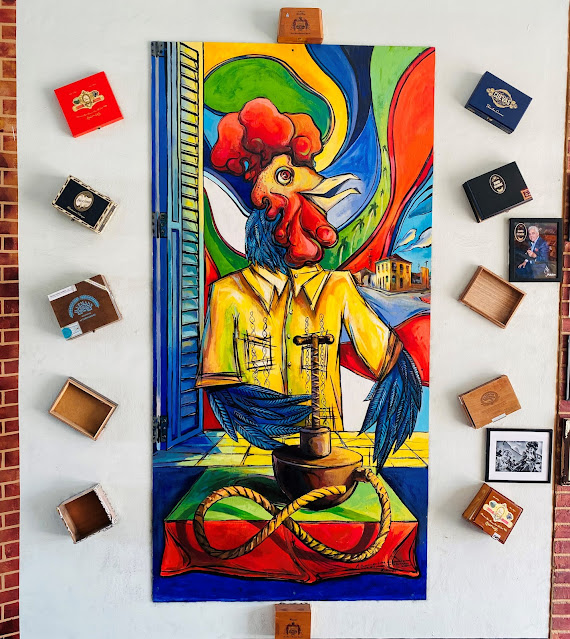 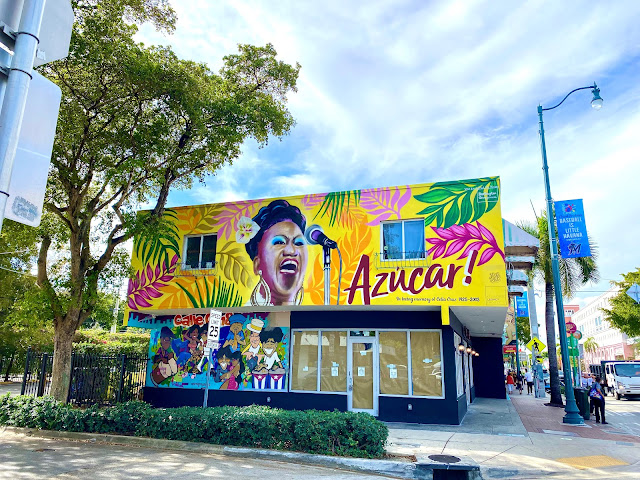 The tour ended with a multi-flavored ice-cream from Azucar Ice Cream company, that creates artisanal gourmet ice creams and sorbets in Cuban and tropical flavors. Being an immigrant myself, I am deeply aware of the insecurities we experience in a new land and I am always amazed at the courage of others who not only come to live in a new land but also bring something of their own to share with everyone else - adding colors and flavors to the lives of the welcoming natives. 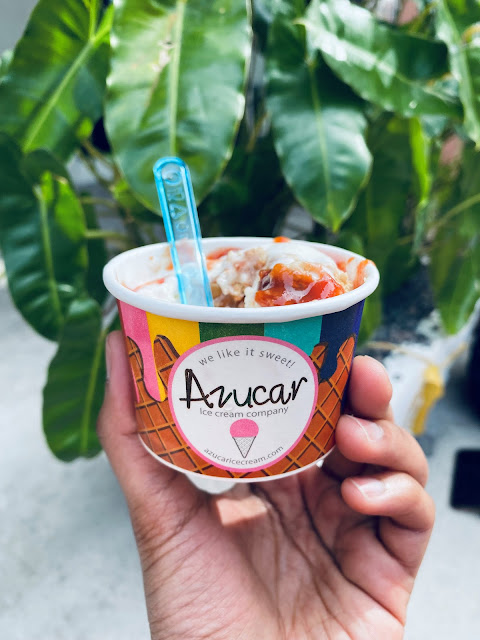 We spent 2.5 hours exploring a few blocks in Little Havana, and I left the place feeling a lot more connection to the place, and a deep respect for Cuban culture and tradition. In the end, the tour was totally worth it!