One happening day in Hong Kong!

Do you have a 10+ hour layover in Hong Kong and wondering what you can do? A lot, I would say. We spent about 8 hours exploring the city of skyscrapers, eating great food, doing some cheap shopping and had a lot of fun. Here is an itinerary and some tips for you to make the best use of your time. 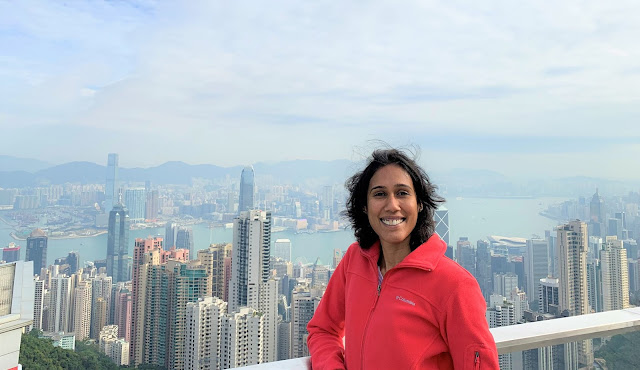 One of the best places to get a great panoramic view of the entire Hong Kong island is the Victoria Peak. Since it is a top tourist attraction in the region, we decided to head there the first thing in the morning to beat the crowds. We took the Airport Express from the airport directly to the Hong Kong Central Station. From here, you can either take the Peak Tram, taxi or bus to the Peak. The Peak Tram is known to have long waiting lines, so we took the bus (Bus # 15) from the Central Bus Terminus which is right outside the Central Station. Central Station is huge and could be a bit confusing to navigate, so here's a blog with detailed instructions and pics on how to take the bus. We sat in the Upper Deck and enjoyed the 40 minute bus ride to the Peak. As we rode through the city, 2 things struck me: 1) the mind-blowing number of high rise apartments per square km and 2) how clean most of the city was, despite the high density of population. 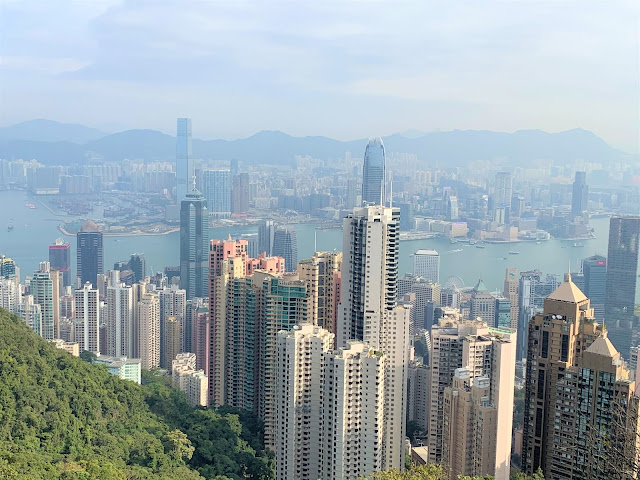 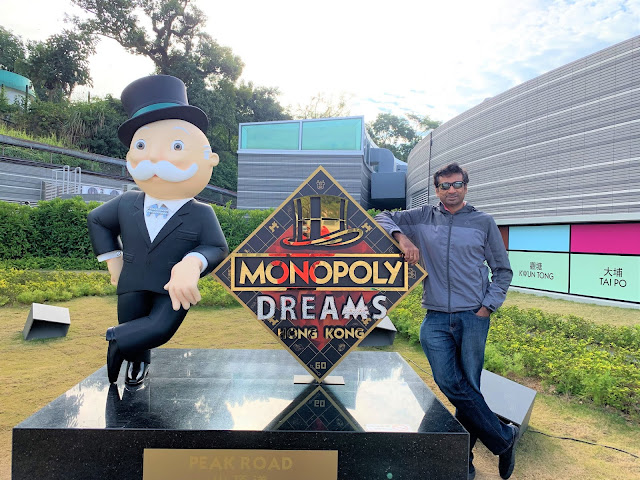 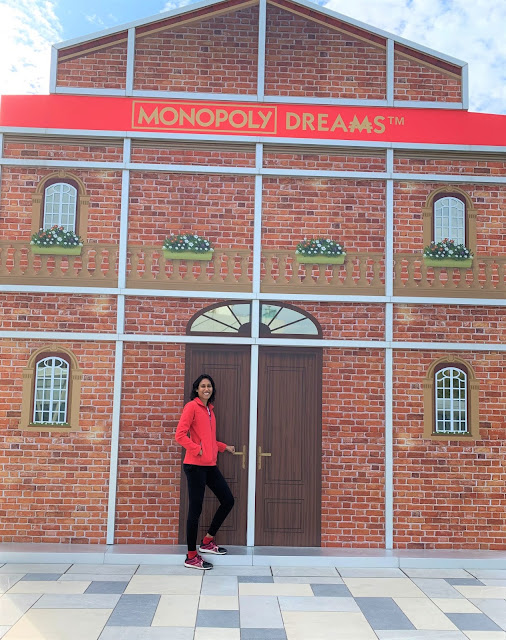 We then did the 'Peak Circle Walk', which begins at the Lugard Road near the Peak Tower and connects with Harlech Road to complete the full circle back to the Peak Tower. It is a 3.5 Km shaded scenic walk through lush vegetation that gives you a 360 degree view of the entire Island and nearby islands as well. 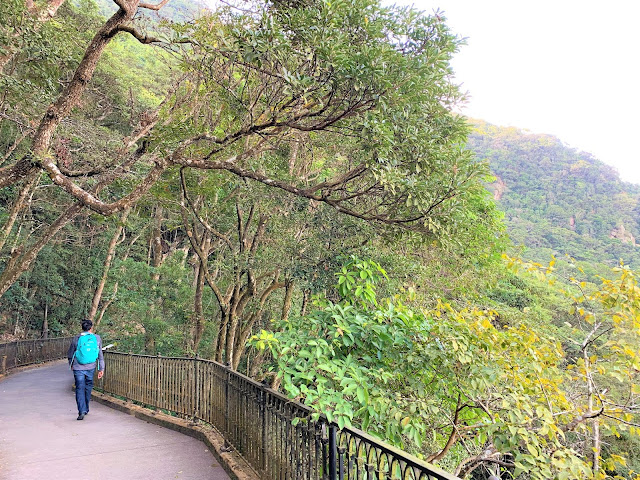 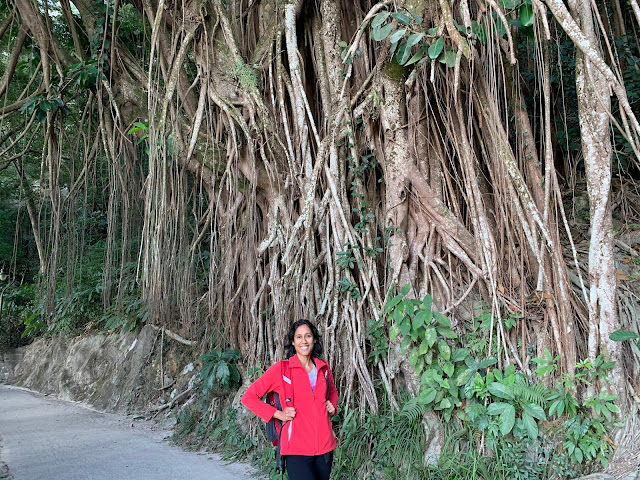 It was quite refreshing to be walking through a jungle of trees at the top in a city which seemed to be a concrete jungle by the sea from below. A welcome contrast indeed!

We then took the Peak Tram on our way back to the city. 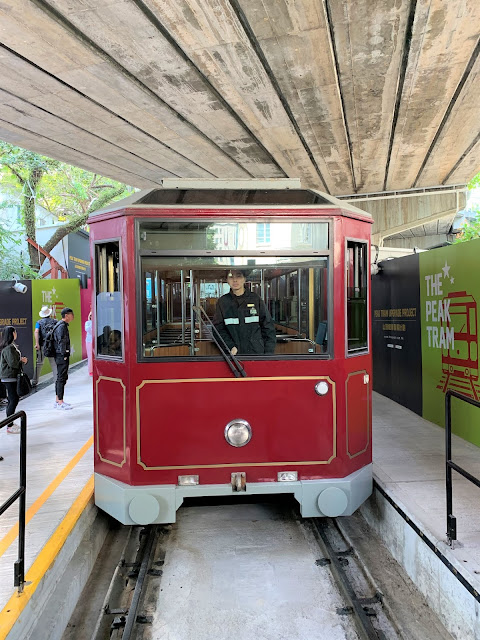 We then headed to Causeway Bay which is considered a true microcosm of Hong Kong's shopping scene. I headed to this area drawn by the shopping centers named Times Square and World Trade Center but I must say it was underwhelming when compared to its namesakes in the US. While the place was busy and crowded with several shops and goods, it didn't have the aura or the style or the vibe that Manhattan does.

We knew we wanted to have dim sums for lunch but we did not know where. While we were walking in the Causeway Bay area, we ran into this small restaurant called 'Dim Sum Heritage' and I must say we got very lucky. Every dish we ordered was fresh, delicious and flavorful. While I am not an expert on dim sums, I would definitely count it among the best meals I ever had and would definitely recommend it. 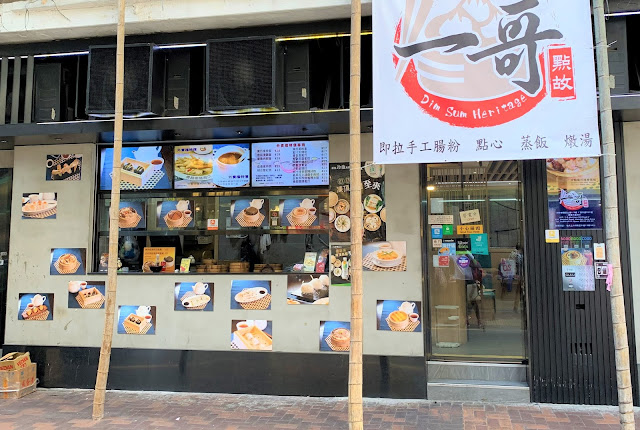 We then took the Star Ferry from the Pier near the Central Station to Kowloon. It is a short fun 10 minute ferry ride across the Victoria Harbor, which has historical significance (been ferrying passengers for the last 120 years).

Once we got out of the ferry, we took a bus to Mong Kok with the sole objective of visiting the Ladies' Market on Tung Choi street. The market was quite colorful with several stalls along a one-kilometer stretch selling bargain clothing, purses, electronics and souvenirs. It is quite similar to what we see in a lot of Indian cities such as Delhi and Mumbai. Shopping there was fun nonetheless though I had to sharpen my bargaining skills which I haven't used for quite some time now. 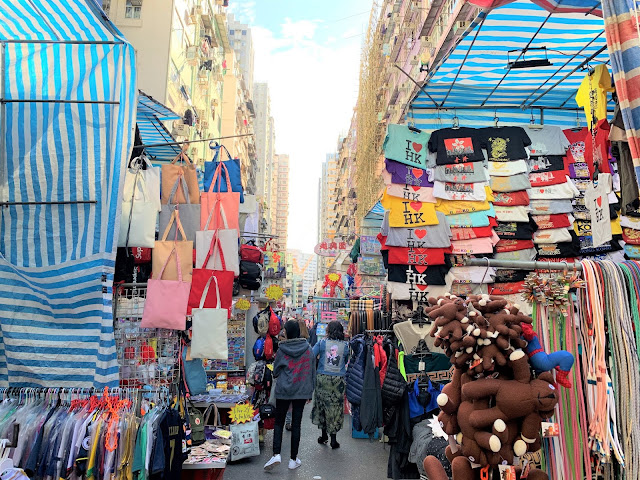 Then I luckily spotted a fruit stall nearby selling one of my favorite fruits, custard apple (green colored fruit in the center), which I was excited to buy. The fruit was delicious and it was a good buy. 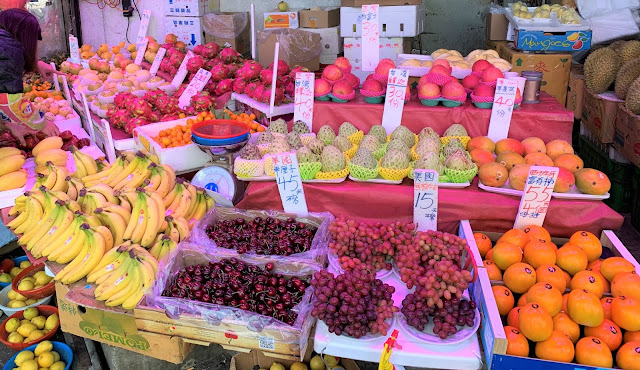 We found ourselves next to a bus stop, so we ended up taking a direct bus to the airport even though taking the airport express train is the fastest way to reach the airport.

1) Octopus Card: Buying an octopus card at the airport express train counter is my biggest recommendation for a day trip in Hong Kong. This can be used to pay for tickets in airport express trains, buses, star ferries and even at the Peak Tram. You need Hong Kong dollars in cash to buy this card and there is a currency exchange counter conveniently located close by. The card has a refundable $50 deposit and then you can add any amount you want. Unused amount along with deposit will be refunded when you return the card at the airport counter. It is recommended to load HK$200-300 per person for a day trip.

2) Airport Express Train: This is the quickest way to get in and out of the airport. If you buy the ticket using octopus card, same day return journey via this train is free.

3) Luggage Storage: There is a paid luggage storage place in the Hong Kong airport which seems to be well managed. We stored our luggage there for a day and had no problems at all.

3) Bus: We had access to google maps which showed the bus numbers that would take us to various locations, so we relied completely on public transportation during our trip. We enjoyed taking the train, bus, ferry and tram. But if that isn't your cup of tea, there are a lot of taxis available.

Hope you have a safe and fun trip in Hong Kong! Don't forget to savor a dim sum or two while you are there :) 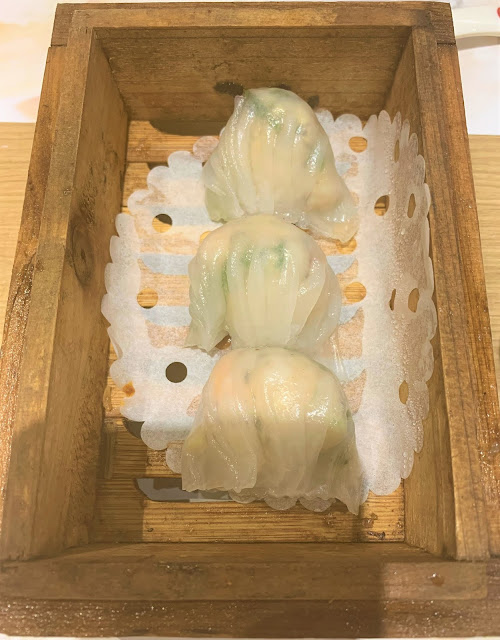