It was one of those days when everything fell perfectly into place - not just the things we planned but also things that we did not plan. And it turned into such a fulfilling, fun and a memorable day. Even after 9 years of living on and off in the state of Arizona, the place still held surprises for us. So, I wanted to share this one day fun itinerary with you all. 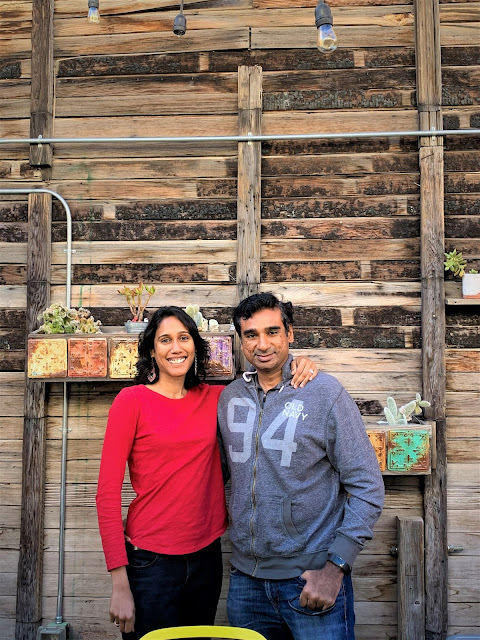 Most of us who live in Arizona have been to the Grand Canyon and know that water and wind are the powerful forces behind its formation. But did you know that water is also responsible for creating fascinating formations in caves and that we have several of them in Arizona? I have been to a cave in India in 2009 but it wasn't until I saw the 'Caves' episode of Planet Earth series that I realized how fascinating they are. I absolutely love the entire series but I was particularly mesmerized by this episode so much so that it brought tears to my eyes as I watched with my mouth open, the beautifully intricate formations within various caves on the screen. Since then I have been itching to visit the Kartchner Caverns State Park in Tuscon, which is just a couple of hours away from where we live in Chandler, a suburb of Phoenix.

I finally took the plunge and booked the 10:20 am 'Rotunda/Throne' tour at the Kartchner Caverns State Park a week in advance of MLK weekend for four of us. On the day of the tour, we started at 7:30 am in the morning after a good breakfast and barely made it on time for the tour. But, we needn't have worried too much as the pace of the tour was very relaxing. Once everyone in our group gathered, they took us on a trolley to the cave and after instructions, led us into the cave. The cave founders and the state took several precautions to protect the environment within the cave and at the same time made it accessible to public viewing by building paved trails and adding lighting where necessary. The ranger took us through several formations of stalagmites and stalactites, some of which looked like drapes, some like chocolate fountains, some like beef strips and some like waterfall. It was quite interesting and the grand finale was the mini-show of the Kubla Khan formation, the largest column discovered in Arizona at 58 feet tall, with lights and music. It seemed like it all ended very quickly, leaving us wanting to go on another tour soon. Since they don't allow photography inside the caves, I don't have any pictures of the marvels to share. Hopefully, that will encourage you all to go see it yourself in person.

By the time we finished the tour and spent some time in their museum, it was lunch time. On a whim, we decided to have lunch at Bisbee, a historical mining town which is an hour southeast from the caves. Bisbee often showed up in the list of top 10 small towns to visit in Arizona and this seemed like a good opportunity to check it out. And we were so glad we did! 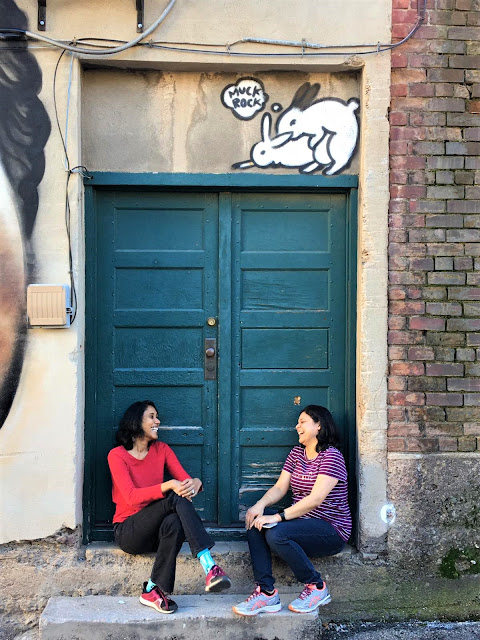 Bisbee was like a hip town full of chic restaurants with vegan menus, cute coffee shops and bakeries, stylish boutiques selling paintings, hand-made soaps and decorative items and tasting shops for chocolate, wine and olive oil. Yes, it was touristy but boy, it had a great vibe! We enjoyed our lunch at POCO followed by coffee in the patio of Bisbee Coffee Company with vegan & gluten-free baked goods from BisbeeGoodCakes. We then spent a couple of hours strolling down their streets and visiting their interesting boutiques. The witty quotes on t-shirts and wall hangings in their boutiques were quite fun while their creative street art took things to the next level. It was so much fun and we ended up laughing a lot. 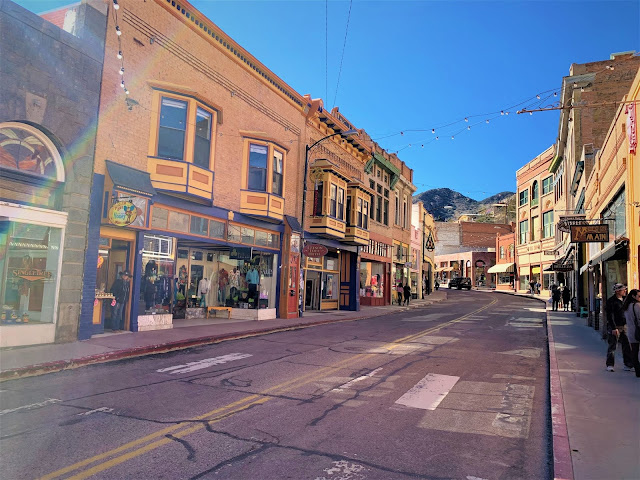 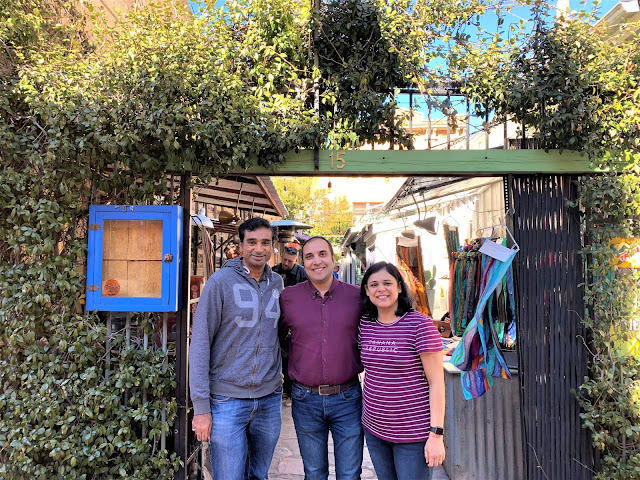 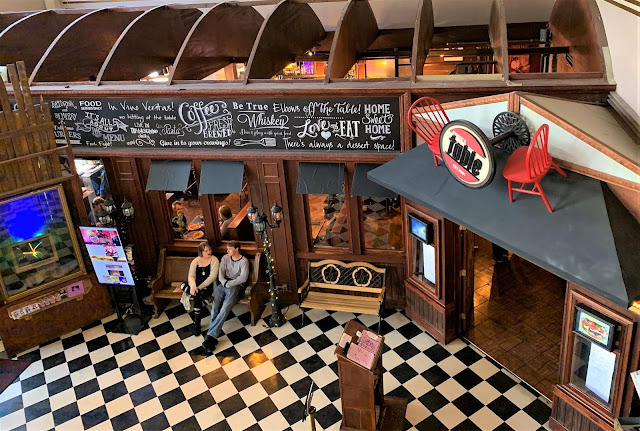 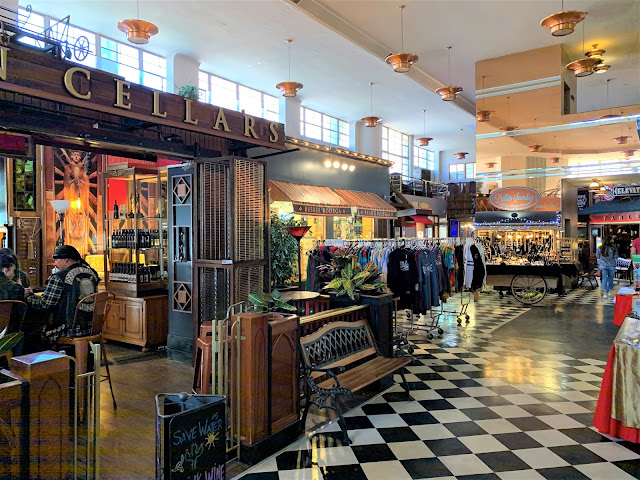 We then decided to add another small town called 'Tombstone' to our itinerary. It was on our way back and it also features in the list of top 10 small towns to visit in Arizona. Plus, if we are having a good day, why not keep rolling? 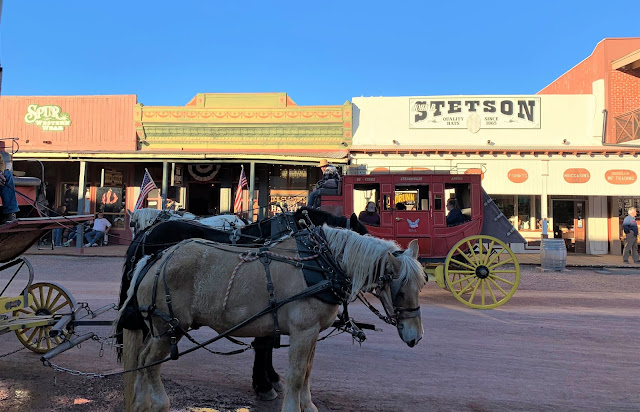 Tombstone, with its tagline "The Town too tough to die", had a totally different look with its wild west history. There were horse carriages, cowboy boots, hats and guns everywhere you look. There were people dressed up in 19th century outfits walking on the streets and it seemed like we were in a movie set for the Wild West. It had several wild west themed shops and restaurants. We spent some time in their 'Museum of the Strange' which was totally weird. One of the displays was Abraham Lincoln's last bowel movement. Go figure! 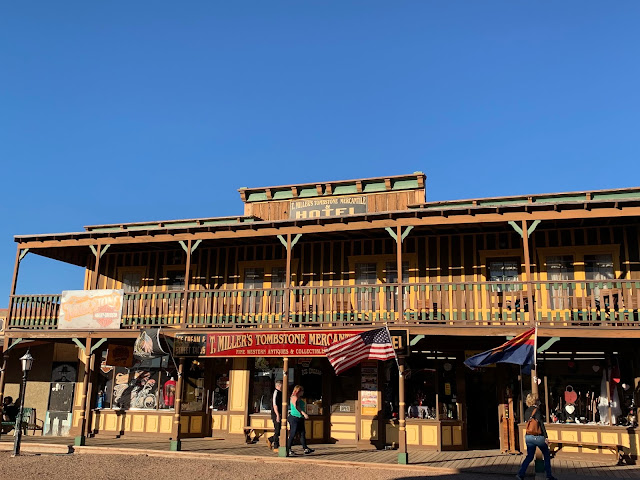 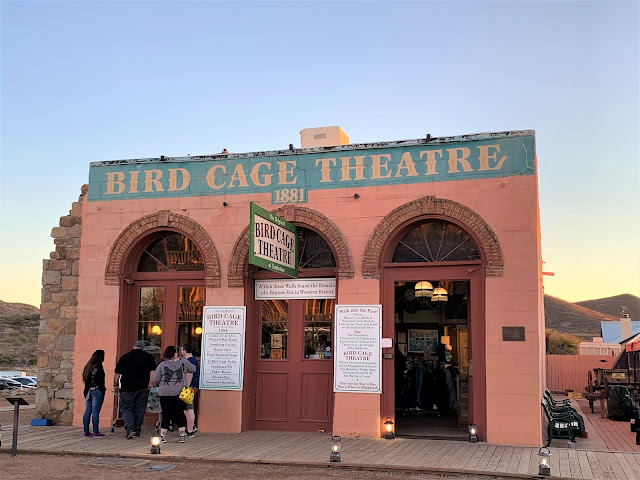 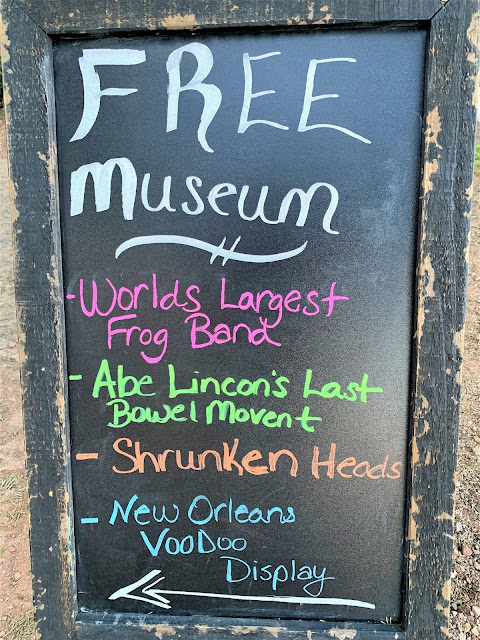 Around 6 pm, we decided to head back to Chandler in time to grab some dinner and call it a day. But we ended up spending the next 4.5 hours on the road as we were stuck in a major traffic jam for 2+ hours despite using all kinds of apps to find the best routes. As the traffic jam started to clear up, a teenage girl driving in a wrong lane was trying to overtake us while the truck in front of us was trying to block her attempts. This went on for 15-20 minutes and provided us with adrenaline rush in that otherwise mundane traffic jam. Thankfully, everyone got out of it safe.

We finally reached home around 10:30 pm. It was a long but super fun day with some great company. I would definitely recommend this day trip from Phoenix and we might do this again some other day.

P.S: Since both Bisbee and Tombstone are very close the US-Mexico border, there were immigration checks on our way back. It is recommended to carry your passports/required documents to avoid any issues.
Labels: Cities